I am tired. I am sick to my soul of the racism I see every day, all around me. It’s on social media, it’s on the news, it’s in the words and actions of people. I’m done keeping quiet for the sake of keeping the peace. If that makes you uncomfortable, then so much the better. Be uncomfortable. Ask yourself why it bothers you. Is it because you recognize things that you’ve said or done? Sit with that feeling and BE UNCOMFORTABLE.

This week has been rough. Earlier this week we had a white woman in New York call the cops on a black man for having the audacity (in her mind) to ask her to follow park rules and leash her damn dog. She knew what she was doing. She knew if the police came, there was a good chance that Chris Cooper would end up arrested, or injured, or even dead. She claimed he threatened her when he did no such thing. She weaponized her whiteness. She was trying to get him killed. That is what racism looks like.

Then a couple of days ago, George Floyd was murdered by Minneapolis police. An officer put his knee on the back of George Floyd’s neck and kept it there, crushing his windpipe. Even as Mr. Floyd was saying “I can’t breathe”, this cop kept his knee on his neck until he killed George Floyd. That is what racism looks like.

The other cops who just stood there, doing nothing, while their colleague murdered a man? That is what racism looks like.

You walk down the street and see a black man approaching from the opposite direction. You cross the street to avoid him. That is what racism looks like.

You’re a woman, and you pass a black person and clutch your purse a little closer. That is what racism looks like.

Politicians use code words to signal their racism. They say things like voter ID laws are necessary to prevent voter fraud. This is coded language for “We want to keep black folks and poor folks from voting.” That is what racism looks like.

In Minneapolis, folks are pissed. So they fight back in the only way they can. Looting, setting fires, vandalism, all this is a response to a system of racial oppression and injustice. The news media call it “rioting” when black folks do it. But when Penn State fired Joe Paterno for his role in covering up child abuse, the white students who destroyed property weren’t rioting, they were “protesting”. White people are more concerned about the loss of things when it’s black people doing the destroying of those things. That is what racism looks like.

I could cite examples all day. Mass incarceration, the so-called “war” on drugs, the attack on abortion access – all these things are what racism looks like.

White people aren’t the only ones who perpetrate racism. Other minorities do it too. There is a lot of anti-blackness out there. But whites are the biggest offenders, and they’re the ones who need to be challenged on this the most.

I am done with letting racism in any form slide for the sake of keeping the peace. If you say something even remotely racist, I am going to loudly call you on it. But if you want to learn how to be anti-racist, please check out the Google document of books, articles, and other resources linked below, along with sources for some of the examples cited above.

I’m in the process of deleting my LiveJournal and moving the stuff I want to keep over to this blog. No one uses LJ anymore and I’ve decided it’s time to make the move. I’ll probably leave the account active, but I’m deleting everything off it. The site functionality isn’t what it used to be and I don’t see the point of continuing to post there. (Not that I post there very much anyway.) So be on the lookout for stuff to start changing around here.

Things that freak me out.

• Spiders.
I hate them with a passion, especially if they’re in my house. If they’re outside, it’s fine. So if spiders want to live, they need to stay out of my house.

• Snakes.
Although if I see them from a distance, I’m fine.

• Bugs in general.
Although I’m fine with cute/pretty bugs like ladybugs, butterflies, etc.

If I won the lottery, and depending on the size of the prize, I’d probably pay off some things before spending it on new stuff. These are the things I’d (probably) buy.

The flooring needs to be redone. The carpets (yuck!) are worn and stained from the previous owners’ kids, so those have got to go. The tile in the entry is cracked, so even though it’s a lovely decorative tile job, that has to go too. There are light fixtures that I want gone too. Once that was done, I’d shift focus to outside and redo all the landscaping.

I’m currently driving my husband’s former vehicle, a 2014 Ford Escape, and I HATE it. I loathe everything about it. I miss my Honda Accord, so that’s what I’d replace it with.

• New cars for my mother and my MIL.

They could both use a new car.

I’m so envious of the people on those HGTV shows who can afford a second home. I have vacation house envy. The problem is that I don’t know where I want this second home to be yet. Have to narrow down the list a bit first.

But the thing I’m hating most right now?  Trying to get freaking renters insurance.

I’ve been trying for weeks to get renters insurance, to no avail.  Farm Bureau South Carolina doesn’t write renters, just homeowners.  So it has to go through an affiliate company.  The only problem with that is because of the incident in April 2012, no one wants to insure us.  They say we’re too much of a risk.  We don’t even have a dog anymore!  So why are we such a risk?  That makes absolutely no sense to me.

I’ve been waiting on our agent to get back to me for a week now regarding a company that might write the policy.  I called him yesterday and told him I needed to know something by the end of business, because this has gone on long enough.  Our house is under contract, which means our homeowners policy will be cancelled soon, leaving us with no coverage of our belongings.  I have got to get this settled.

As I expected, I didn’t hear anything from him before the end of business yesterday.  So today I got on Progressive and bought a renters insurance policy.  It’s costing me a grand total of $30 a month to insure our personal property.  You snooze, you lose, Farm Bureau.  Now I’m going to see how long it takes our agent to get back to me without me nagging him every other day.  And when he does finally call?  I’m going to tell him, too bad, I gave up waiting around on you ages ago and found insurance elsewhere.

I shouldn’t have to nag a grown man about doing his damn job.  But at least now I have renters insurance.

A Little Bit About Me… 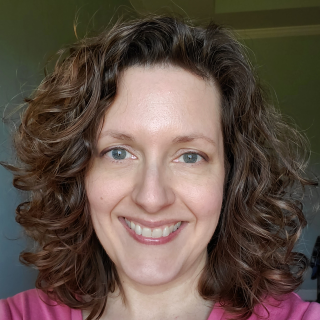